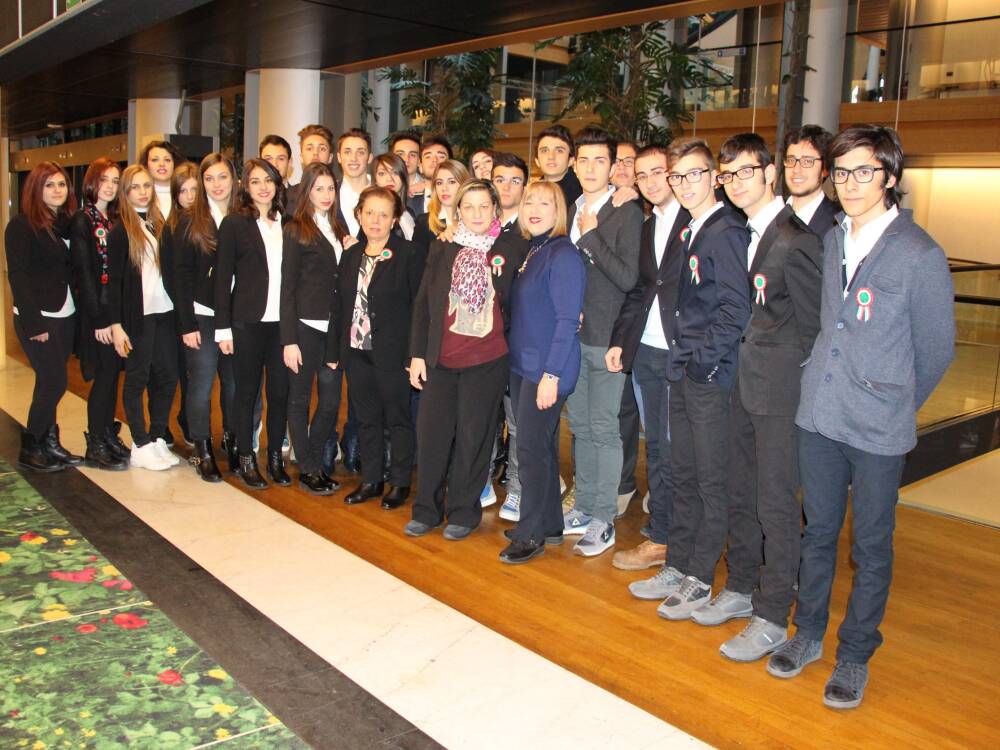 Liceo Scientifico e Linguistico Statale "E.Vittorini" participated in Euroscola at the European Parliament in Strasbourg Students from 21 European countries took the seats of EU politicians for one day

On Thursday 5th February, the third Euroscola day in 2015 was held at the European Parliament in Strasbourg. This timeLiceo Scientifico e Linguistico Statale from Italy  participated in Euroscola. Around 550 students and teachers from across the European Union's member states were in Strasbourg. They came from Belgium, Czech Republic, Croatia, Denmark, Estonia, France, Germany, Greece, Hungary, Ireland, Italy, Lithuania, Malta, The Netherlands, Poland, Portugal, Romania, Slovakia, Spain, Sweden and United Kingdom.

Each year Euroscola welcomes thousands of students aged between 16 to 18 years old from all 28 European Union Members States to spend a day in Strasbourg and work as Members of the European Parliament.The Euroscola day gives students the opportunity to interact and exchange information in a foreign language (English, French or German) and also highlights the importance of cross-cultural cooperation. Furthermore, participants are given the possibility to introduce their school and the region where they come from, which provides greater diversity and enriches the cultural dialogue.

Just as the deputies of the European Parliament, the students work in groups discussing about the following topics: Environment and renewable energy, 2015 - European Year for Development, The future of Europe, Freedom of information and active citizenship, Migration and integration and Youth employment.

Participation is awarded to schools making it through a national competition organized by the European Parliament Information Office in each Member State. Successful candidates get an important subsidy towards the cost of their journey to Strasbourg. To be able to take an active part, the students prepare themselves in their schools from months ahead and come to Strasbourg already acquainted with the issues up for discussion.